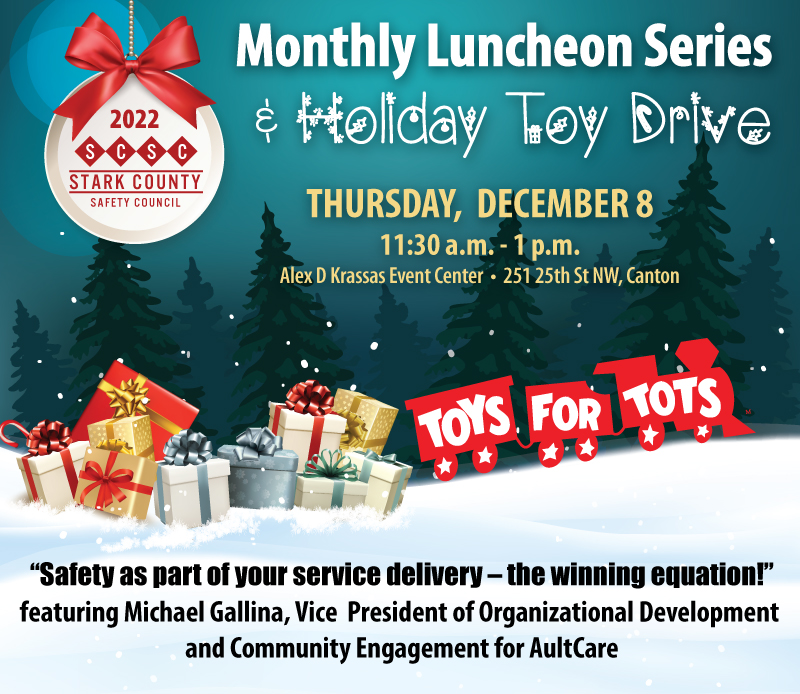 Join us for the last Safety Council luncheon of the year with Michael Gallina, Vice President of Organizational Development and Community Engagement for AultCare.  Mike will discuss “Safety as part of your service delivery – the winning equation!”

The SCSC will once again host a Toys For Tots Holiday Toy Drive. Many, less fortunate children in our community will not get the items on their wish lists this holiday season. Spread some holiday happiness to these children by donating NEW, UNWRAPPED toys. You’ll help make a difference for these needy children and their families. No time to shop?  Give a donation check made payable to “Toys for Tots”.

You do not need to be a SCSC member to attend – all are welcome!  Season passholders do NOT need to register. 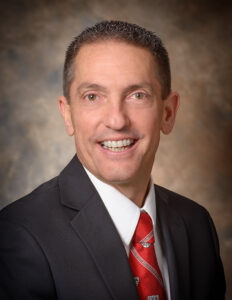 Mike is currently the Vice President of Organizational Development and Community Engagement for the AultCare Health Plans.  Prior to joining AultCare, Mr. Gallina’s career spanned thirty (30) years in the field of education.  Twenty-four (24) of those years were spent as a school administrator, with the final nineteen (19) years in the role of superintendent in the Minerva Local and North Canton City Schools, respectively.

Mike is a 1978 graduate of Minerva High School, where he excelled in the classroom and in athletics.  He was the Valedictorian of his senior class and was the captain of the football, basketball, and baseball teams during his senior year.  Mike was an all-league selection in football and baseball.

In 2009, Mr. Gallina was chosen by the Martha Holden Jennings Foundation as Ohio’s Superintendent of the Year.

Additionally, he has been elected into both academic and athletic halls of fame at Minerva High School and into the North Canton Hoover High School Hall of Distinction.  At the University of Mount Union, he was honored by the M-Club Athletic Hall of Fame with their Award of Excellence. And, he has been inducted into both the Stark County and Tuscarawas County Amateur Baseball Halls of Fame.

Mr. Gallina is a motivational and keynote speaker, having provided talks, presentations, and retreats all across Ohio and several other states. Mike serves on numerous boards and civic organizations in and around northeast Ohio, with the Canton and North Canton areas as his primary service area.  He and his wife, Lynnette, continue to reside in North Canton.

OSHA 10 classes are scheduled in a number of locations across the state in the upcoming months. Upon successful completion, students will be able to recognize common hazards and suggest control measures to mitigate risk factors within their specific environments.

Click here to view all scheduled dates and locations.